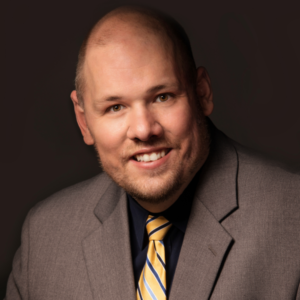 Brent Thompson became Executive Director of East River Legal Services in April of 2017. Brent comes to East River from Mid-Minnesota Legal Aid (MMLA) where he has served as a staff attorney since 2006. Brent brings a wealth of experience to his new role including over 14 years of experience in the nonprofit sector. A Midwest native, he is a graduate of the University of North Dakota School of Law. He began his legal career at the Northern Plains Indian Law Center in 2002 and then in 2003 moved on to clerk in Minnesota’s Sixth Judicial District. In 2006, he began working for MMLA assisting victims of domestic violence in family law matters. Notably, Brent has argued before the Minnesota Court of Appeals, chaired MMLA’s Domestic Violence/Sexual Assault Interdisciplinary Project Team, and participated in establishing the Stearns County Domestic Violence Court.

Help us help those in need.